This is part 1 in a series of posts in which I will document my journey (and mistakes) of building a 6502 based computer.

It could be said that this is not a vaild question, this is about learning and creating things and so questions like “why?” don’t make sense.

For many years I have been interested in building a simple 6502 based computer, something in the range of a KIM-1. 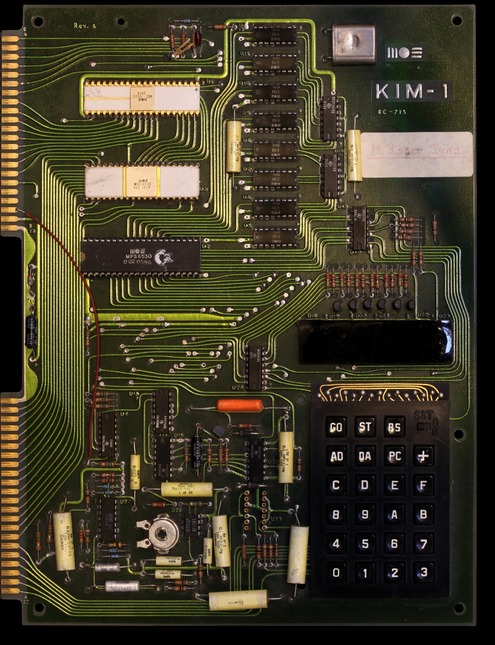 In the last year I have been watching the Ben Eater YouTube channel in which he makes a simple 6502 system on a breadboard and this has given me a nice starting point.

Wikipedia has a page of full history and specifications of the 6502.

Depending on your design you can have a working computer with 5 chips.

Ben Eater has a design that is my starting point, but I am not using his LCD screen.

How hard can it be?

I am not a fan of breadboard electronics, too many wires that can get bumped.

So I decided to jump stright to a PCB, EasyEDA makes this look easy.

The first board I designed took 8 days to arrive. 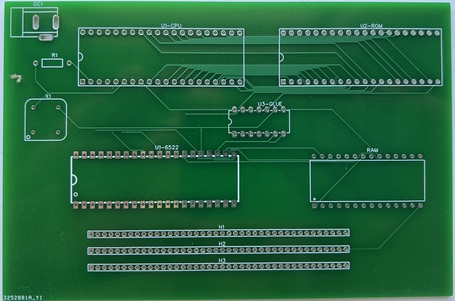 But the tracks seemed too small and so I did another design with wider tracks and I spaced the parts out a bit to give me more space to fix things.

The second board I designed took another 8 days to arrive. 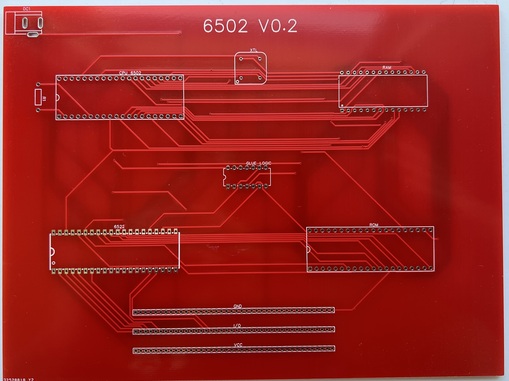 When I got to checking the parts I found the ROM footprint was all wrong. In EasyEDA you can have a symbol in the schematic and a footprint on the board layout that don’t match.

The third board I designed arrived in about 10 days. 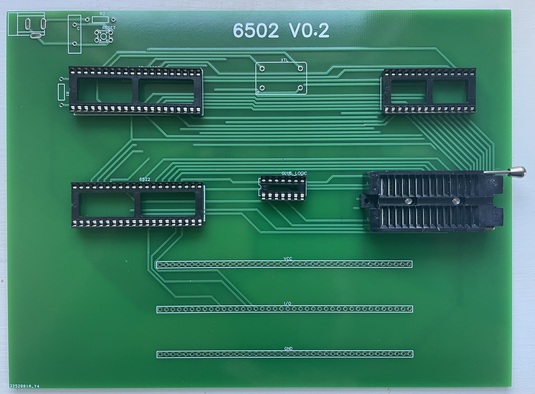 It looks good, so I soldered it all up.

It turns out VSS is not the same as VCC and so I got the power lines for the 65c22 backwards. But that can be fixed with some bodge wires. 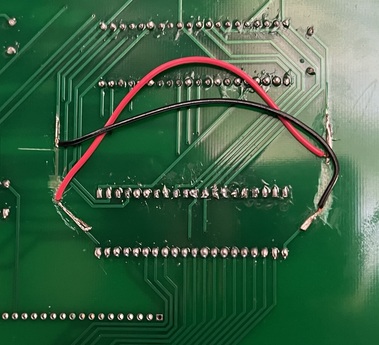 At this point I have a simple blinking light. 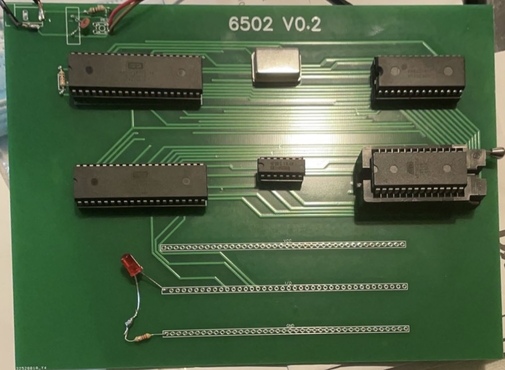 Note the choice of sockets for all the chips, this is because I don’t trust my soldering skills. Also I decided to use of a ZIF socket for the EEPROM as it will be swapped in and out often.

In Part 2 I will cover the input and output.